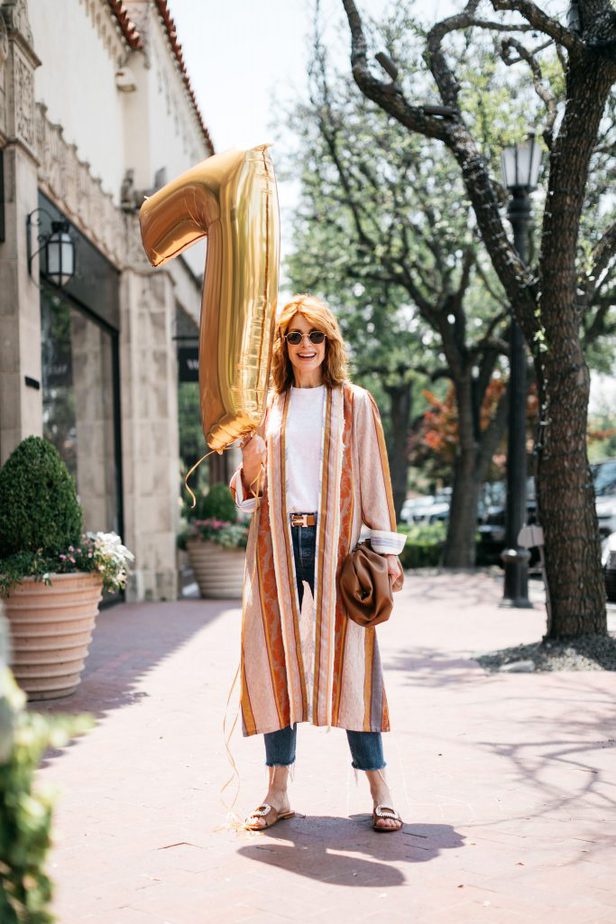 Happy Hump Day and Happy Cancerversary Number 7 for me! Today, July 1, has become an important day for me. It’s the day that I celebrate being cancer-free, when, in fact, it was the very beginning of my journey with breast cancer. Why do I choose to celebrate it on this day? My surgeon told me that on the day the tumor is removed from your body, you become a survivor, and boy I am one!

For those of you who might be new to this blog, I would love to give you a bit of background (if you’ve read for the last seven years, you won’t hurt my feelings if you exit the page). I was diagnosed on June 14, 2013, with breast cancer. I did not find out until after my double mastectomy (on July 1) that it was Triple-Negative. What is TNBC? This particular breast cancer accounts for about 10-15% of all breast cancers. The term triple-negative refers to the fact that the cancer cells don’t contain estrogen or progesterone receptors and also don’t make much of the protein called HER2. TNBC does not respond to hormonal therapy medicines or medicines that target HER2 protein receptors.

This is a better description from BreastCancer. org

After we found out that diagnosis, I was told that I had to have chemo and possibly radiation, I didn’t understand that if I was supposedly cancer-free after the mastectomy, why I would have to go through treatment. It was explained to me that with TNBC, you basically get one shot to eradicate the cells, and even though the tumor was removed, I did have a lymph node affected.

Treatment was an insurance policy to make sure it was gone.

I had eight rounds of chemo (every two weeks) followed by twenty-three rounds of radiation. After about six months of treatment, I had to wait six more months before I could be reconstructed.

When I think back at that time, I still can’t believe I went through it, but it changed me forever! A once hypochondriac, I am no more! I became a big believer that what you put into the world with your thoughts and especially words can predict an outcome. Words are so powerful! I’ve mentioned this book before, 365 Days of Healing, because it did change my thinking. One of my best friends sent it to me (she always been a prayer warrior for me and others), and I thank God that she did.

It is said that if you make it three years after a TNBC diagnosis, it’s good. After five years, it is even better. My oncologist told me last year at my six-year check-up that it was a great sign. Each year that passes, I breathe a bigger sigh of relief. I try not to think about it, but it will sometimes sneak up on me to throw me off.

I have to stop and verbally say, I am healed!

This post is a praise to God and a thank you to my family, friends, doctors, and you all (some of you have been with me a long time) for being such an amazing support to me while I was going through all of it. It is also my opportunity to beg you all to please get your mammograms and do self-checks. Tell your daughter’s, daughters-in-law, granddaughters, or anyone you are close to, to do the same. What is very scary about TNBC, is that it DOES NOT discriminate in age. Most women who are diagnosed are younger (some even in their 20’s) during childbearing years. It is often more common in black women as well.

I am one of the lucky ones. I am here and so blessed and grateful, but I also know that I have been given this opportunity for a reason. If you or anyone you know (God forbid) does get the diagnosis, I consider it a privilege to help guide the journey (and I really don’t like that word because it sounds like it’s fun), or let’s say experience. I would be so honored to do so as I have done with a few before.

So, cheers to me today and all of the other survivors out there! God is so GOOD!

Today is #worldcancerday2023 and I celebrate with

Happy Friday! Chic At Every Age is featuring our f

My go-to style is casual with (hopefully) a chic v

Telling her all about being a big sister in our ne

Happy Friday! Heading into the weekend and thinkin

Is your winter skin giving you the blahs? Mine was